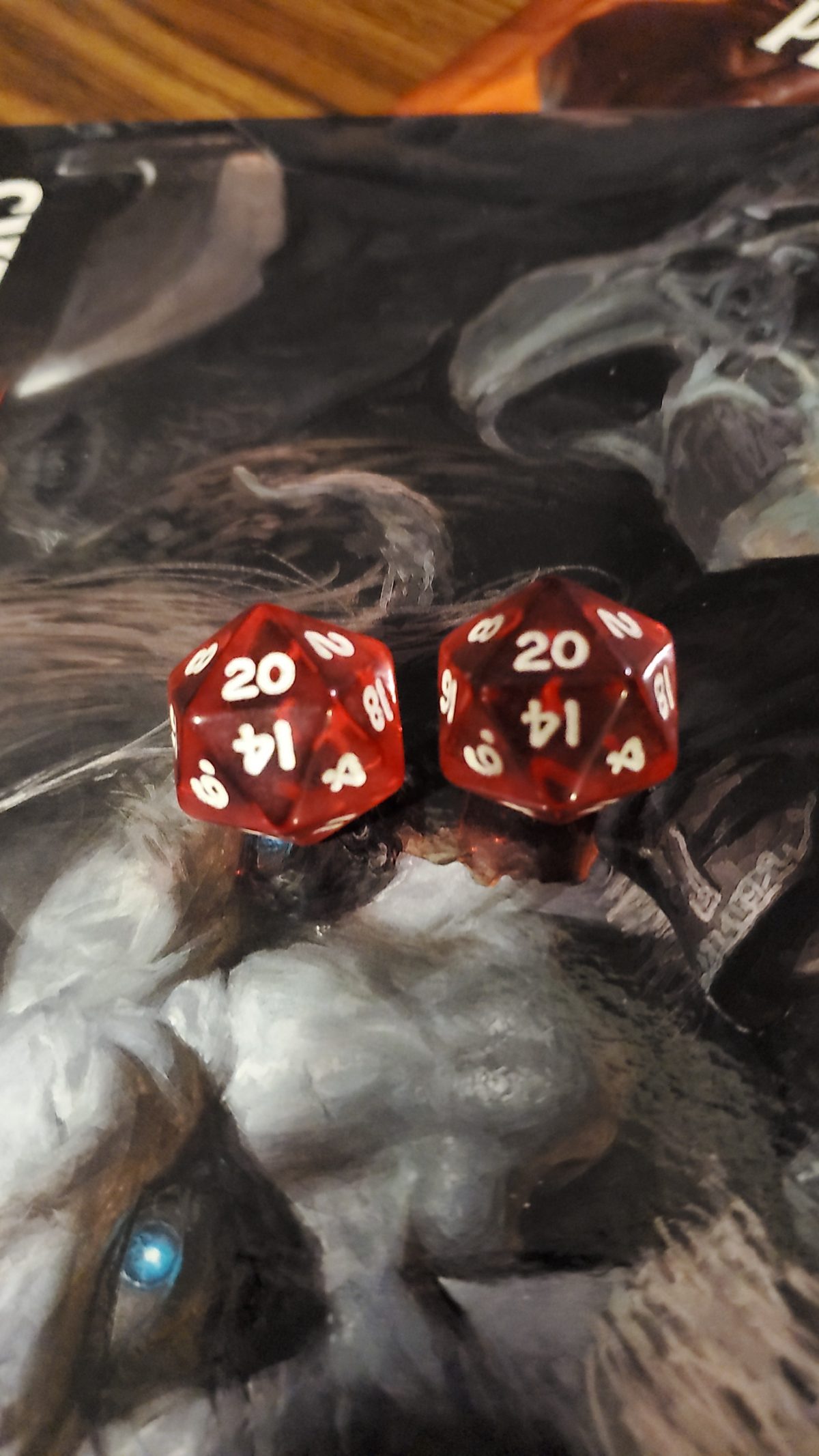 Around the holidays, I was able to post quite a bit about magic systems and a few other things. I've been quieter within the past 2 weeks, though, because I have been writing offline quite a bit. As a result, here are the things I hope for in 2020:

I plan to finish these up pretty soon. Mostly because this set of posts leads into the next project.

I have been trying to generate D&D-ish magic systems for years. Once, I even created a system based on the Paydirt footbal game. I have finally managed to create a series of systems that different from each other, yet can inform each other. These systems include systems that feature gematria, alien scripts, spontaneous casting, spell building, artifact hacking, found magic, and more.

I've mentioned some of the systems before like salt magic, spontaneous casting, and gematria. I found that making any individual system work came from making them interrelated. I have a campaign world that explains why they are different and common threads that make them all related. It's been a long, ground-up world building that I hope is useful to others, at least for mining ideas, if nothing else.

The document should be ready for testing in Feburary and out in PDF in the Spring for Swords & Wizardry. (I would love to have it for OSE, but there are conventions is S&W that appeal to me.) If I am lucky, a month later will have a 5e version. I have one more magic system to tweak before working on editing this month.

Eye of the Needle

Using M20 Spacecraft as a starting point, I want to finish this setting in the Summer of 2020. A lot is already written, but I need to finish the trading system. This will be less of a priority than the regional magic book, but one it is a passion project for me as I love the central location in this setting, a hole in the ground that takes you to another planet.

I have written this Black Hack & SAGA-inspired game that uses only a deck of cards. I stopped work due to 52 Fates, a system that just works differently in many wonderful ways. That said, I still want to give this to the world. I had so much fun making and testing this.

No time limit on this, but if I can get other projects completed, this is a document that just needs some editing and tweaking of the magic system.

I plan to make some non-traditional games with all kinds of wild ideas on my nascent itch site. (No link because, well, no content.) I have a bunch of half-finished games that use odd dice combinations, tokens, and custom cards.

Tyrian Purple is an example of the types of things I want to post there. It doesn't have any custom components, pro se, but it is a competitive card game that playtested well. I still want to simplify bartering, though.

Those are the plans. As I mentioned earlier, I will finish the Words of Power series of posts. The podcast will fire back up with little bits of goodness here and there. I also plan to post more on 5e as my kids want to play it. So far, I have all manner of sidekicks and creatures inspired by their adventures.

The setting is based on this game, Ultima 2: Martian Dreams. Here's a link to the game:

Here is a link to the tweet that started it all.

Charles McEachern posted on his site some ideas for reworking D&D. The roll-under idea reminds me a lot of Searchers of the Unknown, so I wanted to see what all the ideas in one place would look like.

To make this easy, we'll start with my favorite D&D in miniature ruleset, Microlite 20 Legacy. If it looks like it works well, maybe we'll expand it out to my ruleset of choice, Swords & Wizardry.

Per the original article, there are no stat bonuses. That means that rolling 4 dice and dropping the lowest makes feels too powerful. More on that in a moment.

There are just 4 skills : Physical, Subterfuge, Knowledge and Communication. For each skill, a player has ranks of advantage, disadvantage, or zero. Advantage allows the player to roll extra dice in their attempt to succeed at a task. Having advantage means you roll a number of extra dice and use the lowest result. Disadvantage also allows the player to roll extra dice, but this time the highest result is used. If a character has a skill of zero, no additional dice are rolled, the result of the lone die stands. There is a maximum of 5 dice of advantage.

The GM chooses which stat applies to the character's chosen task. Climbing, for example, would provide extra dice per the Physical skill and require the player to successfully roll-under the STR stat. Finding Traps would use the Subterfuge skill to determine advantage or disadvantage and require a successful roll-under the MIND stat.

Since everything is resolved by roll-under stat, skills work differently. I thought about having a +1 represent an advantage of 1 extra die and -1 a disadvantage of one extra die, but that seems confusing to have -1 use the highest result of two dice. So, I made it 1A and 1D.

Saving Throws change the most from M20 because level cannot be used. The interesting thing, though, is that there is variation to the types of spells that affect characters more than others. More on that later.

The classes are Fighter, Rogue, Mage, and Cleric. Characters begin at Level 1.

Fighters wear any kind of armor and use shields. They start play with 1 die of advantage in the Physical skill.

Rogues can use light armor. They start play with 1 die of advantage in the Subterfuge skill.

Magi wear no armor. They can cast arcane spells, and they start play with 1 die of advantage in the Knowledge skill.

Clerics can wear light or medium armor. They cast divine spells. They start play with 1 die of advantage in the Communication skill.

Clerics have a special ability to Turn Undead. By using their Communication skill to roll under their Mind stat, they can make undead creatures run away and possibly destroy them on the spot. Their Subterfuge skill rank determines the number of extra dice used for an advantage with twelve-sided dice. If the result is greater than the undead creature's hit points, it is destroyed. This is counted for each undead within range. If the result is less than their current hit points, the undead creature will take damage if it does not flee.  A Cleric can use this ability a number of times a day equal to their level.

This gets tricky with Turning Undead. Normally the DC is the undead's hit points, but that doesn't work in this system. Using the workaround posted above, hit points will need to be lower for creatures overall. This could work well. After all, dragons in Dungeon World only have 16 hit points. It's all in Damage Reduction...

I was really happy with how the Sneak Attack worked. Thinking about how the Rogue uses Advantage to determine damage makes me think of how to change magic items. After all, without bonuses or penalties to rolls, there are no +1 swords, right? However, there can be 1A swords and 2A swords. There can even by 1D cursed swords.

Since advantages stack, humans can get a real head start at 1st level.

Magi can cast any arcane spell, and Clerics any divine spell, with a spell level equal or below 1/2 their class level, rounded up. They have access to all arcane or divine spells in the spell list.

Successfully casting a spell of any kind costs a number of hit points equal to the level of the spell being cast.

How's that for a subtle change? Missing the roll on casting a spell costs nothing, successful spellcasting costs hit points. I did this because hit points are lower throughout the entire game. It may be worth generating a Mana Point system, but I'll look at that another time.

Roll one d20 using the Physical stat for advantage or disadvantage. Initiative order is determined by lowest roll to highest. Everyone can do one thing each turn; move, attack, cast a spell, etc.

A successful combat roll does damage. Each weapon or spell has a die to roll for damage. The referee rolls the opponent's armor rating and the result is subtracted from the damage. Damage cannot be reduced to less than zero.

Challenge Level is specific to the defeated monsters or the given CL for the trap, situation, etc. Add +1 to the CL for each doubling of the number of foes. For example, 1 kobold is CL 1, 2 kobolds is CL 2, 4 kobolds is CL3.

Add up the Challenge Levels of every encounter. When the total = 10* your current level, you've advanced to the next level. Reset the total to 0 after advancing.

Each level adds only one of the following:
+1d6 Hit Points
1 Rank of advantage
+1 to a stat

Example: The 1st level adventurers have just completed a dungeon adventure, and defeated CL1 creatures, a CL2 trap and the CL3 leader. That's a total of 10 Challenge Levels, so they all advance to level 2. They need to defeat another 20 Challenge Levels to reach Level 3.

This gets hairy in places, but it still works. The PDF with Monsters on the next post.