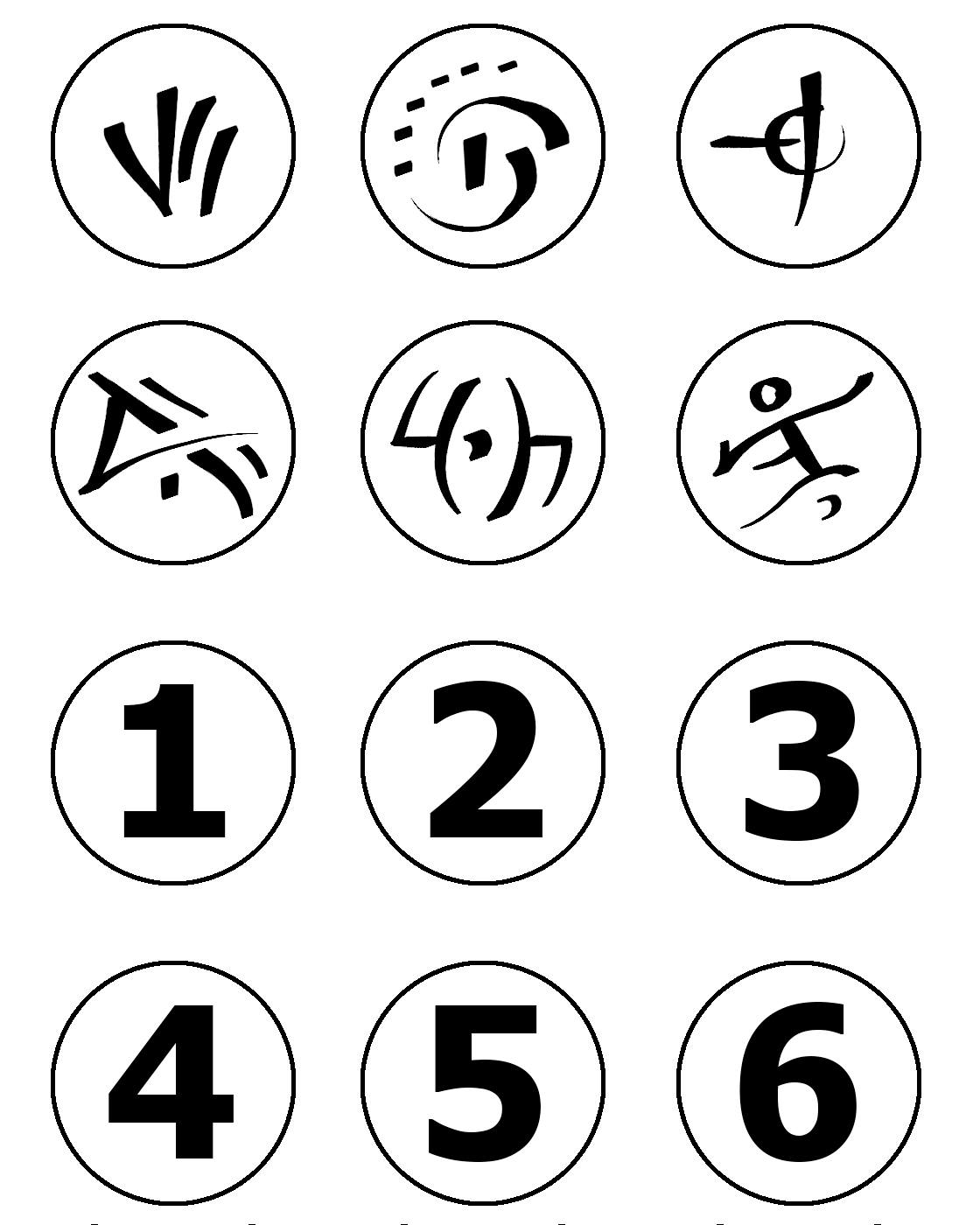 I mentioned a rune system in my last post, so I received permission from the author to talk about it in detail. Please read Keith's post here. I'll return to my thoughts on the Words of Power system in a later post.

In the Basic Fantasy facebook group, Keith Mathews posted about a rune system he developed to make magic require experimentation to gain new spells. The idea is that a wizard using this option is not a part of a formal school, but more of a hedge wizard or DIY dabbler.

Before going into the details, if you are unfamiliar with Basic Fantasy, the key thing to know for this system is that the game has six spell levels. There are supplements that add 0 level and 7th level spells, but the standard game has six.

Six and Twenty is not Keith's name for it, it's mine. The system is based on six runes. Using three of the six generates a spell. This creates a possible 120 permutations, each permutation is a spell. To make tracking easier on the GM, the runes are numbered 1 to 6. There is no effect or keyword tied to a rune, it is only the sequence of the three runes used that determines the spell.

The first rune determines the spell level, the next two determine the spell. If I choose the runes 1,4,6 I have a 1st level spell with whatever spell I assign to it. The system provides for 20 spells for each spell level. Considering that BF has 68 Magic-User Spells (and 48 Cleric spells, if you want to include some or all of them), there's plenty of room to add in your own spells. Keith also suggested that you could also make some of the permutations 'bad spells' that create a magic mishap. For example, using 3,4,2 in sequence will always generate a poisonous smoke bomb centered on the caster.

I created a chart of the 120 permutations grouped by spell level and began to fill in the 1st level spell spaces with BF spells.

I decided that I didn't want to use Cleric spells or make the other slots magical mishaps. Instead, to add to the weirdness and the sense that magic is dangerous, I'm going to use Space Age Sorcery by Hereticwerks (it's free). It also has only six spells levels on its spell lists, so it should fit the system perfectly.

If you're not familiar with Space Age Sorcery, here is the description for the Melt spell:

Caster gains the ability to liquify metals and alloys on touch, affecting up to one pound per level. This spell can be used to sculpt metal into new shapes, should the caster have some aptitude or talent for such things. It can also be used to inflict 1d4 damage per level on metal-based lifeforms, golems, robots and the like, or to make spontaneous modifications to the hull of a ship, etc.

Some spells cause cranial swelling, alien globs, and even weirder things. It's just the thing to convey that magic is dangerous and strange.

Once I fill out the other possibilities, I have a list of 120 spells that PCs can discover. Again, encourage the PCs to experiment with the runes to discover what each combination can do.

You may have noticed that I had a column for DM Name. Per Keith's suggestion in his post, I plan to let players name the spell based on the description that I provide to them. For my own sanity, I have the name listed in the books while still providing a chance for players to own their spells.

This is a fun system to play with. Feel free to use other BF supplements to add Druid or Illusionist spells. If you use other supplements that add 7th level spells, you could add them into the entries for 6th level spells or create a special 7th rune that activates only for high level wizards.

Let me know if you want my full list.