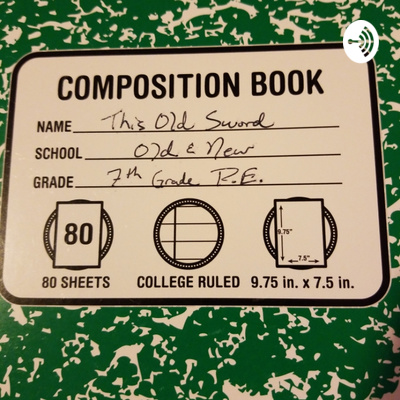 The first episode of my podcast is titled Fun Things. I spent time responding to other Anchor podcasters before sharing my own content in the next episode.

Tim Shorts over at Gothridge Manor talks about creating a naming language after a few calls-ins about whips. I leave him a message about my experiences with creating these languages and using them in-game.

Larry Hamilton at Follow Me and Die talks about the Read & Write Magic spells, so of course I feel the need to talk about how I don't use either of those spells as written in the rules.

Charles Thorin advises us to throw out our Monster Manual. I couldn't agree more and I go on to ramble about one-line stat blocks.

I worry about sounding pretentious.

By accident, I include an Intro to the Episode 2 about the Black Hack. I also manage to introduce voice messages, but don't actually include them until the next episode.

So all in all, I manage to record 1.25 episodes in my inaugural episode. Not bad for a cell phone and a free app!